What is EOS in Blockchain?

EOS is a blockchain-based, decentralized system that enables the development, hosting, and execution of commercial-scale decentralized applications (dApps) on its platform.

How does EOS Blockchain work?

EOS works on an ownership model whereby users own and are entitled to use resources proportional to their stake, rather than having to pay for every transaction. So, in essence, if you hold N tokens of EOS then you are entitled to N*k transactions.

A contract defines a digital asset and a set of inputs/rules to be adhered to by both daily basis, any contract is meant to ensure an agreement between parties in order to complete a particular service or transactions which attain the goal of meeting their common queries. The transactions will complete when it’s possible as long as all of these strategies are met.

Likewise EOS smart contracts acts in the same thing, it offers a structure for obligations between the parties in order to process financial transactions. Blockchain-registered EOS SCs are executed by executing general contract rules and requirements, the records of which (legal transfers and moves) are transparently stored on the EOS blockchain.

What is the major feature of Eos?

What is specialty in EOS and why to use EOS? 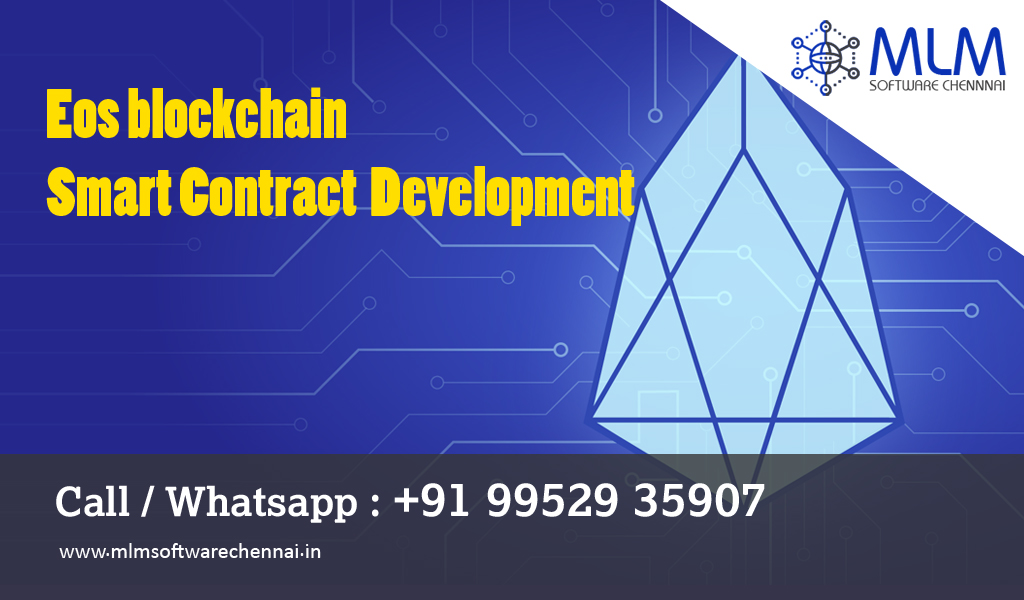 How to develop EOS smart contract?

Here our blog slightly explains how to establish a local blockchain to work with EOS smart contracts.

2. Wallet creation – A wallet is created with private key for blockchain authorization. The keys are kept in encrypted format which is stored safely by a password manager.

3. contract loading – The next step is to set a system contract. The contract is generally used for development.

4. Account creation – After the completion of basic contract. it is right time to create the accounts.

To satisfy all user needs, EOS offers a free, flexible platform for sending transactions, where one no longer has to pay for services provided and additional bonuses. It’s possible to provide wide range of monetization strategies for business, organizations and enterprises.

EOS provides all users with feedback, with a delay no longer than several seconds. This is crucial to attract more users and eliminate the use of less-competitive blockchains. Hence, supporting low-latency transactions is a priority.